By Jackie
12/25/2020;
You know the Final Jeopardy song. I’m pretty sure that even Rip Van Winkle knows it, and he got drunk, slept for 20 years, and doesn’t even exist.

But, he for sure still knows it.

Forgive all of the parentheses, but I try not to make assumptions.

Few gameshows have withstood the test of time like Jeopardy, few hosts are as familiar as Alex Trebek, and few games have the replay value like Jeopardy.

It’s the epitome of “just one more game”. Which is probably why you’d be hard-pressed to find a game that’s been available on as many systems as Jeopardy has been…from Atari, to Gameboy and Game Gear, to Nintendo Systems and Sega Systems, and Microsoft.

But why? I guess that’s the important question, isn’t it? What is SO great about Jeopardy that it’s been able to be a favorite across generations?

It’s friendly competition that doesn’t favor one specific type of intellect. If you know about cricket, I know about bugs, and our friend, Stan knows all about railroads…let’s play!

However, it would be remiss of me to neglect to attribute a huge part of Jeopardy’s success as a show AND a game to Alex Trebek. His passing from pancreatic cancer is a loss that the world felt, and that makes it different from any other gameshow I remember growing up with. Who hosts The Price is Right? Beats me. What about Family Feud? Is it still that guy that messed up one of the beauty pageants that one year?

So, in honor of The G.O.A.T. (Seriously, move over, LeBron…or Jordan. No matter who you cheer for in basketball, Trebek is the ultimate.), let us recognize that the game isn’t the game without Trebek, and now, the games are the best way to continue his legacy. 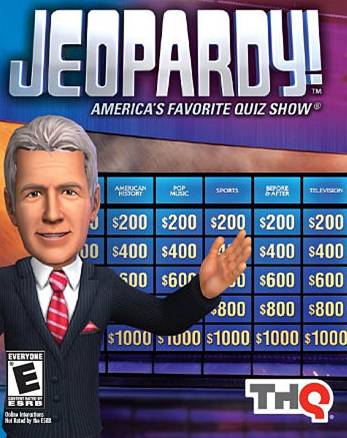